What Is Alzheimer’s And Can You Prevent It? 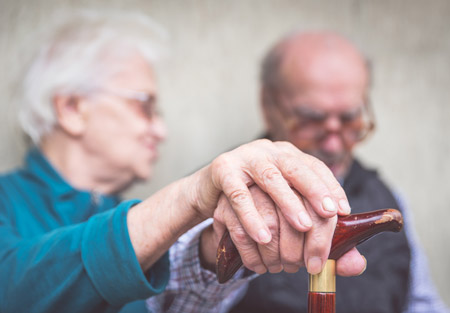 What Is Alzheimer’s And Can You Prevent It?

Currently Alzheimer’s is the sixth leading cause of death in the U.S.; and it’s the only disease in the top 10 causes of death in America that cannot be prevented, cured or slowed.

So what exactly is Alzheimer’s disease? The Alzheimer’s Association defines Alzheimer’s as “a progressive, degenerative disorder that attacks the brain’s nerve cells, or neurons, resulting in loss of memory, thinking and language skills, and behavioral changes.”

Alzheimer’s is the most common form of dementia, a general term used to describe a range of symptoms associated with loss of memory and other thinking skills severe enough to interfere with a person’s everyday life.

Alzheimer’s disease accounts for 60 to 80 percent of dementia cases. Other types of dementia include vascular dementia, frontotemporal dementia, and dementia with Lewy bodies. Some may have more than one type and are said to have mixed dementia.

Although increasing age is the greatest risk factor for Alzheimer’s, Alzheimer’s is not a normal part of aging. Nor is Alzheimer’s just an “old person’s” disease. While the majority of cases occur in people age 65 and older, up to five percent of Alzheimer’s cases appear in people in their 40s or 50s (called early onset Alzheimer’s).

Alzheimer’s is a complex disease with multiple risk factors, including age, genetics, lifestyle, environment, and other medical conditions such as high blood pressure and cardiovascular disease.

While you can’t change your age or genetics, research shows you can reduce your risk of Alzheimer’s and other dementias by practicing a combination of healthy habits, including eating right, exercising, staying mentally and socially active, keeping stress in check, and avoiding hazardous behaviors. By leading a brain-healthy lifestyle, you may be able to prevent the symptoms of Alzheimer’s disease and slow down, or even reverse, the process of brain deterioration.

Getting regular physical exercise and eating a heart-healthy diet will help you reduce the risk of high cholesterol, high blood pressure, and heart disease, and Alzheimer’s!

According to the Alzheimer’s Research & Prevention Foundation, regular physical exercise can cut your Alzheimer’s risk by up to 50 percent. Exercise benefits brain cells by increasing blood and oxygen flow in the brain, stimulating the brain’s ability to maintain old connections as well as make new ones. You don’t need to join a gym to maintain brain vitality; a daily walk is one of the best ways to prevent mental decline. Walking as little as five miles per week increases brain volume and reduces your risk of developing Alzheimer’s other forms of dementia.

To these six pillars, I would add:

Incorporate these seven pillars into your daily life, and healthier and hardier your brain will be.